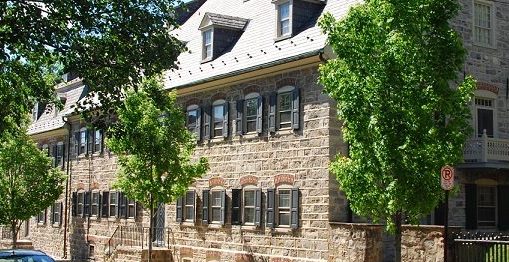 On December 9, 2016, Bethlehem was given an incredible, early Christmas present, which was made even more significant because it was the 275th anniversary of our city. We were notified that Historic Moravian Bethlehem was placed on the new U.S. Tentative List for eventual nomination to the UNESCO World Heritage List along with four other cultural sites: Central Park, the Brooklyn Bridge, Ellis Island, and the Chicago skyscrapers of the early 20th century.

This endeavor began in the early 2000s when Bethlehem was invited to join with five other 18th century Moravian communities (located in Denmark, Germany, the Netherlands, Northern Ireland, and South Africa) to pursue the possibility of preparing a trans-boundary, serial nomination to the World Heritage List in consultation with ICOMOS, UNESCO, and ICCROM. This group formed the International Moravian Heritage Network. Conferences took place in Christiansfeld, Denmark; Arniston, South Africa; Gracehill, Northern Ireland; and Bethlehem. In 2015, Christiansfeld, Denmark became the first historic Moravian community inscribed on the UNESCO World Heritage List.

As a result of this endeavor, Historic Bethlehem Museums & Sites (HBMS), with the help of important volunteer advisors, took on the responsibility of preparing a nomination to the U.S. Tentative List, and Historic Moravian Bethlehem was listed as pending on the 2008 list. In order to make the case stronger for UNESCO, it was recommended by the National Park Service Office of International Affairs that a National Historic Landmark District be created to encompass the 18th century Moravian community in Bethlehem. Once again, HBMS took on the responsibility to prepare the nomination for this National Historic Landmark designation. After much research, writing, sending to Washington many boxes of materials, and a formal presentation of the nomination to the President’s Advisory Council on Landmarks in the spring of 2012, the US Secretary of the Interior, Ken Salazar, designated Historic Moravian Bethlehem, 14.7 acres in the heart of our city, as a National Historic Landmark District. The official recognition and plaque unveiling took place in April 2014. Bethlehem is honored to have one of only 8 NHL Districts in Pennsylvania and one of 200 in the United States.

According to various studies, historic districts, especially Landmark Districts, have higher property values, a sense of prestige, cultural commitment, and add to the quality of life of the area. In 2016, the U.S. Tentative List re-opened for new nominations and once again HBMS took on the responsibility of working with the National Park Service Office of International Affairs. A site must be on the U.S. Tentative List for one year before the United States can choose to put forward one of these sites in nomination to the World Heritage Committee. To put this project in perspective, there are only 1,052 sites worldwide on the UNESCO World Heritage List. Examples are the Great Wall of China and pyramids in Egypt. Currently, there are 23 sites in the U.S. on the UNESCO World Heritage List including Independence Hall and the Statue of Liberty.

Placement on the World Heritage List will have an incredible impact on the City of Bethlehem, the greater Lehigh Valley, and the Commonwealth of Pennsylvania. With the placement of Historic Moravian Bethlehem on the U.S. Tentative List, we have been designated by the United States as being worthy of worldwide recognition for having outstanding universal value.

UNESCO is the United Nations Educational Scientific Cultural Organization which, as part of its mission, “seeks to encourage the identification, protection, and preservation of cultural and natural sites around the world considered to be of outstanding value to humanity.”